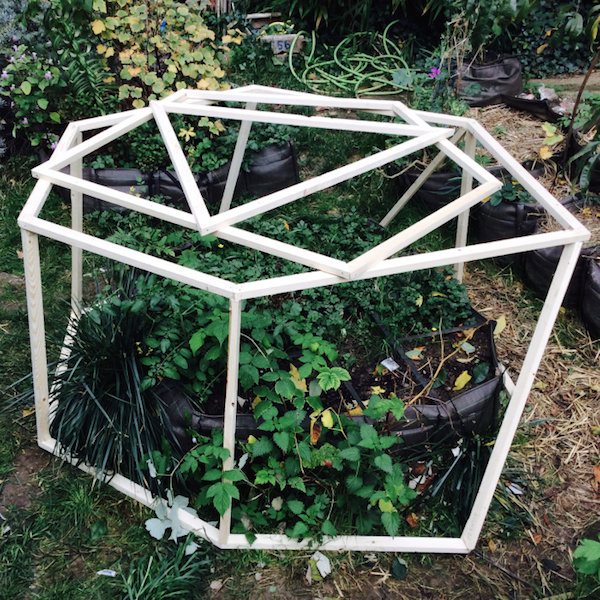 You should remember Andreco from our March 2015 issue: He’s the artist who also holds a doctorate in environmental engineering, and he makes art that has the power to change the world. He just finished a mural and public sculpture in Paris, a two-part project to raise awareness about the effects of climate change. When we spoke to Andreco about his work earlier this year, he shared his philosophy and process. Read below for an excerpt.

“My artworks have an open message and everyone will give their personal interpretation. Thinking is important, in general. Thinking something that you have never thought before is even better. In general, it would be beautiful to convey the idea that the craziest utopias can be achieved if you have a good plan. I’ve been focusing on the environmental issues caused by humans. Some reflections are about where we are and the way we approach the natural environment. My recent works are becoming more political, influenced by the ecologist theories that I developed after my environmental engineer research. I agree with the Fluxus members when they say that, for an artist, there are no boundaries between art and life; I think that everything an artist does in life influences and appears, evidently or underlying, in his work.” —Andreco